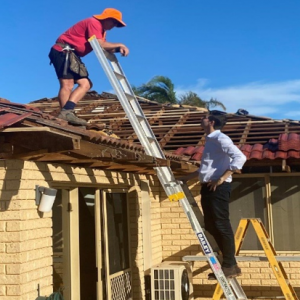 The Lord Mayor’s Distress Relief Fund (the Fund) was established in 1961, following the disastrous Dwellingup fires where 123 people were left homeless and the timber towns of Holyoake, Nanga Brook, Marrinup and Banksiadale were completely burnt out.

The Fund was established in conjunction with the State Government to provide financial assistance to individuals for the alleviation and relief of distress, suffering and personal hardships, brought about by any disaster or emergency within Western Australia declared by the Western Australian Government or for which the LMDRF Board considers assistance is warranted.

The Fund is incorporated under the Charitable Collections Act and has Australian Taxation Office tax deductibility status. The Fund is administered by an independent Board which consists of up to 15 members.
The objects of the Lord Mayor’s Distress Relief Fund are:

The City of Perth has donated administrative and other support services to the Fund since its inception. The City of Perth seeks no reimbursement for the costs associated with providing support to the Fund. This means 100% of donations raised through appeals goes directly to those in need.

100% of all donations go directly to those in need

The cost of administering the LMDRF is entirely absorbed by the City of Perth
so 100% of money raised can go back to those who need it.

Your ticket for the: Home